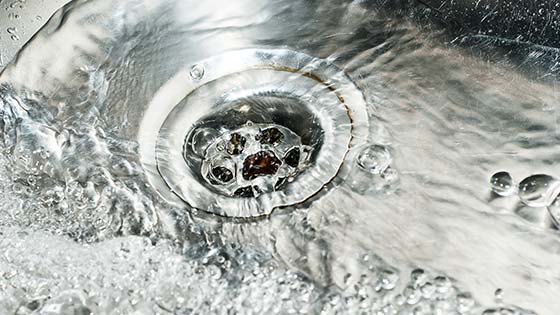 Like the intricate network of veins that run through the human body, the drainage system is a complex feat of engineering that lies beneath the skin of the city. These complex networks of pipes carry out waste and unwanted materials from our homes into their designated area. Drains and sewage are a necessary part of our lives. We thought we’d take a look at a brief history of drainage and some of the strangest things found in the sewers, like dinosaur fossils or hockey sticks.

For many, flushing the toilet, turning on the tap, or singing under a hot shower is just a daily occurrence. And yet, there were years of work and advances in engineering that had to happen in order to lead to the place we are today.

A Brief Overview of the Concept of Sewage Systems

We can go way back to the Babylonians and the basic hydraulic system which they developed. They would wash down waste using buckets and pushing it down clay pipes. The Roman Empire was then highly responsible for the concept of hygiene and regulations were actually enacted as it was ordained that wastewater should flow down separate pipes in the city.

And like many things that the advanced civilizations of the Greeks and Romans devised, the concept of sanitation and sewage was lost in the Middle Ages. A few more modernized cities like Paris tried to maintain some of it alive but it was not nearly as sophisticated and did not make any great advancement until much later.

The Renaissance of Art But Not of Sanitation

So the Renaissance is certainly known for the great art and philosophy which it bred, but it was not exactly the era of sanitation. During that time, there was a lot of progress to be made in these European cities that were otherwise thriving with intellect and creativity.

Let’s go back to our mother country of Great Britain. During the Victorian Era, the River Thames was considered an open community toilet. Free for all! And just as you would imagine if you had your whole neighborhood’s toilet in the middle of your neighborhood, it was not good for hygiene and cleanliness. It was this model that contributed to a lot of deadly diseases, including cholera. The precursor to the modern toilet as we know it today was started not far from this era by a guy named John Harrington.

The Great Stink and How It Inspired Change

Human beings can only tolerate so much. The situation in London became unbearable by 1830 and the tremendous stench that emanated from the city became infamous and almost too much to handle. This particular summer of 1858, soaring temperatures and hot climates kicked the stench to a whole other level. After all, it had caused several cholera outbreaks that had a pretty significant death toll. Once it became clear that drinking water that had been contaminated was the source of this disease, the problem was finally tackled head-on. The concept of establishing a sewage system that could serve the entire population was put into place.

Advancements in Layout, Plumbing, and Material

While the initial pipes in ancient times and early civilizations were made out of materials like clay, wood, or stone, advancements in the concept of sewage systems led to different materials. Today pipes are made out of resistant and durable material like copper, plastic, and brass.

The Craziest Things People Have Found in Sewers Around the World

Every day somewhere in the world someone drops something in the drain or finds something surprising. Here are a few interesting stories from all over the world of crazy things people have found in sewers.

While we have yet to find any alligators or snakes in any residential drains, we are up for any job! If you are having problems with your pipes and/or plumbing call New Age Plumbing today.