A Profile of the High-Efficiency Toilet and Its History 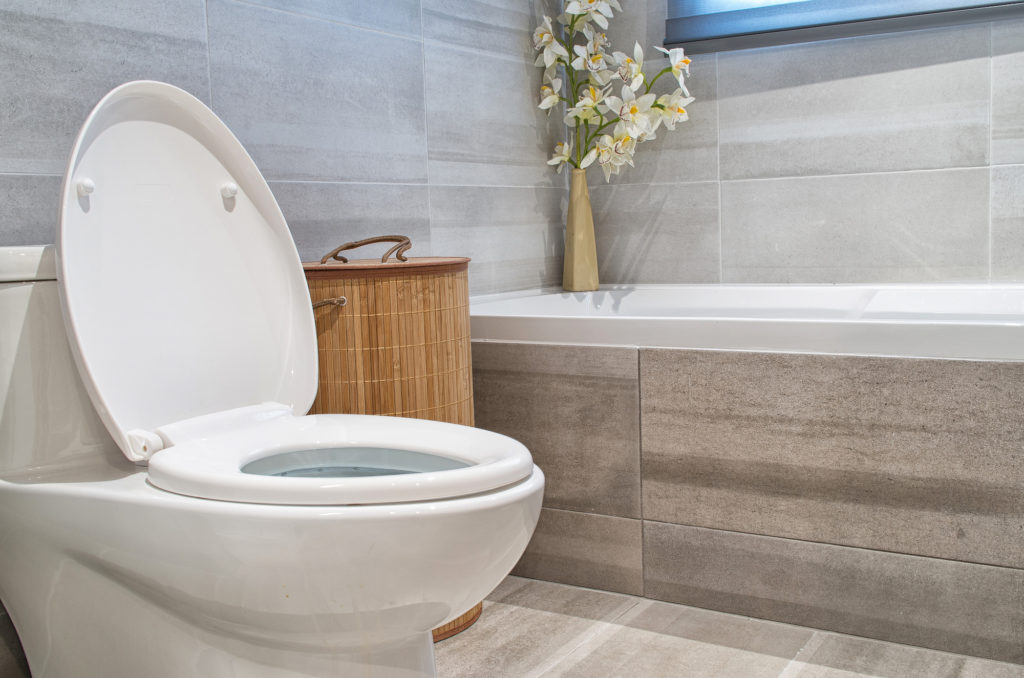 The concern for conservation is a topic of much discussion. Whether it is decreasing a carbon footprint through carpooling with your friends, buying high-efficiency appliances, or saving energy through solar panels, the world is quite conscious of the importance of conserving. When it comes to water, another necessity, people are also quite conscious of being efficient with its use. You may have noticed the transition in the past few years to more water-efficient toilets. We thought we’d take a look at the journey that took us there and how they have made an impact.

If you have noticed that newer homes or more modern buildings have a toilet with two buttons on top, you have seen a water-efficient toilet. If you have seen these toilets then you have likely noticed that these buttons have either a small icon, one that shows one drop of water. The other button shows two drops of water. This means the toilet provides essentially two settings, one releases a quick flush, the other a more intense flush.

It might surprise people to know that this effort goes all the way back to 1992 when Congress passed legislation that changed the regulations on new toilets. Congress was now requiring that all new toilets sold in the United States meet a new water conservation standard of 1.6 gallons per flush. At this point, several large cities had already begun the transition to high-efficiency toilets after the need for water conservation became apparent. Because of this, the new regulation created a national standard. This helped solve the problem of different cities and municipalities with varying standards, which meant it simplified the work for manufacturers that were suddenly having to manufacture and/or produce different sizes of plumbing fixtures and etc.

Toilets use the highest proportion of indoor water use. The high-efficiency designs have greatly improved since the early 1990s and today most people seem happier with the arrangement, as these toilets are not only better-functioning but save on the water bill every month.

There are many things that gravity does for us in this life. One of those is helping us flush out the unpleasant things that we don’t want in our homes. In the 1980s, household toilets used the gravitational force of 2.5-3.6 gallons of water. They relied on a simple valve-and-flapper mechanism. This translated to 18.8 gallons of water daily or more depending on how many members in your household. A standard toilet in the 1980s used about 5 to 8 gallons per flush. Holy cow! That’s a lot of water. As people realized that there were better ways to save water, the shift began to happen slowly.

How Do They Work? — The Velocity of a High-Efficiency Toilet

So what exactly makes a high-efficiency toilet? You may have noticed that these newer toilets tend to ‘swirl’ around a lot less. The technology lies on the principle of velocity vs. volume. The idea is that the concept of the toilet is more effective when you use velocity instead of volume to remove waste. Some of it lies in the shape and contour of the toilet bowl itself. The contour shifted to a more contour design which increased the ability for downward velocity but maintains a large water surface in the front of the bowl.  There are different ways that manufacturers of today achieve this through their design. Some toilets use pressurized air in the tank that achieves additional force and others function more as a high-efficiency modification to the low flow traditional toilet. Since the national law was passed in the early 90s, the toilets have gone through several iterations and modifications to improve the function and technology.

People choose one or the other based on a couple of factors. This choice hinges on the noise and who is doing the maintenance. Like any household appliance or feature, it requires maintenance and the occasional troubleshooting. Toilets that make use of the pressurized air in the tank will clog a lot less than even the older toilets. When it comes to commercial use, the pressurized toilets might be a simpler and better choice given the multiple uses. Many new structures will use PVC pipes instead of metal piping. While the installation might be a little more costly, for many it is worth it in the long-run.

Since this technology has been implemented across the country, consumer surveys have kept track of people’s satisfaction with this new type of toilet. The surveys seem to show that the vast majority of people find these toilets to be better and that they work well.

These new toilets are certainly much more efficient than the old classic ones. And yet like everything in the home it has the potential to break down, clog, or stop working. And that’s why we’re here! Whether you have a pressurized new toilet or an older model, New Age Plumbing can help.